Stopping off for a mid-morning coffee after dropping off some slide film to Vanbar for development, I noticed that if #Marios on Brunswick St in #Fitzroy can make it along for another four years it'll be 40 years old! It's been a reliable source of Eggs Benedict and/or coffees for me for much of that time. 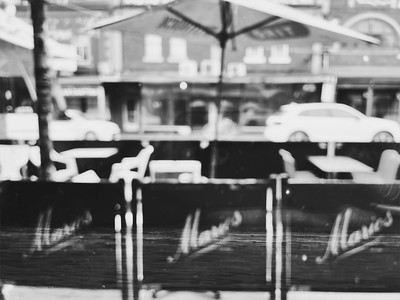 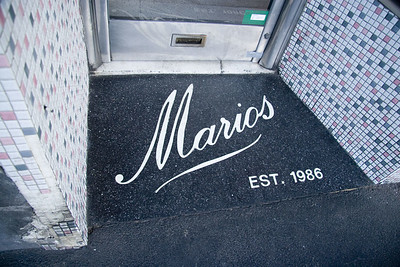 One strong memory is from when I bought my very first brand new film camera, in 2008 – a Bessa R4A with a 28mm lens – and my first photos with it were taken there after running into a couple of Flickr friends: 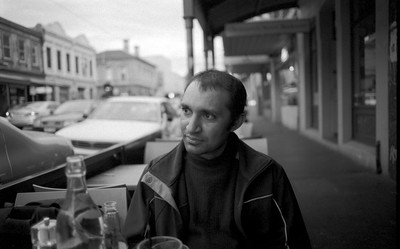 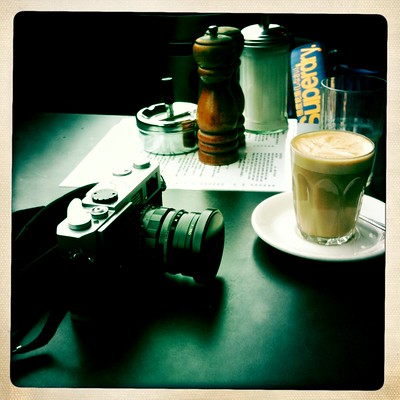 But also took other lovely portraits outside other, nearby cafés – this one on Smith St in 2013: 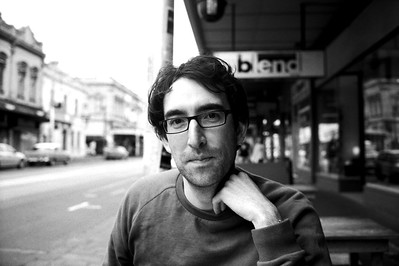 In the process of digging, some other good café window views came up: 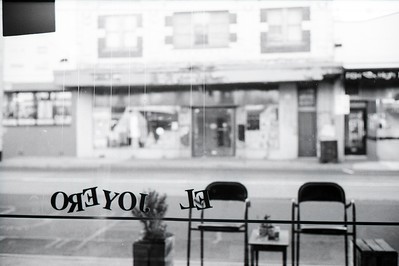 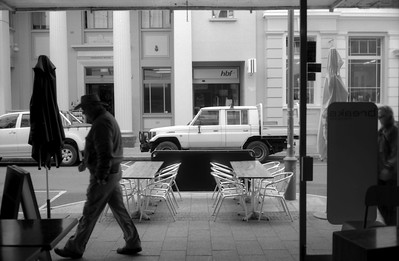 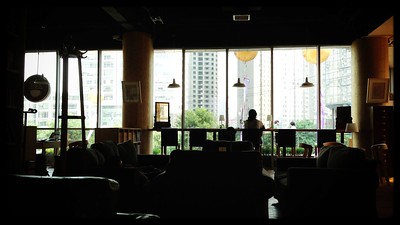 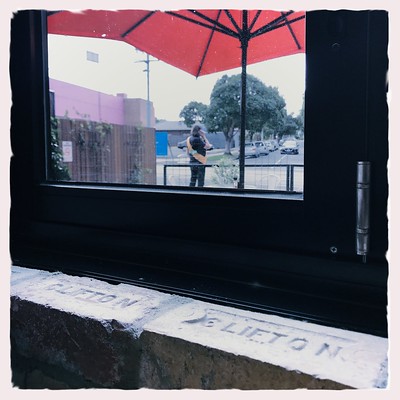 Nothing beats the window at Captains of Industry in the heart of the city, though – I have countless photos of it: 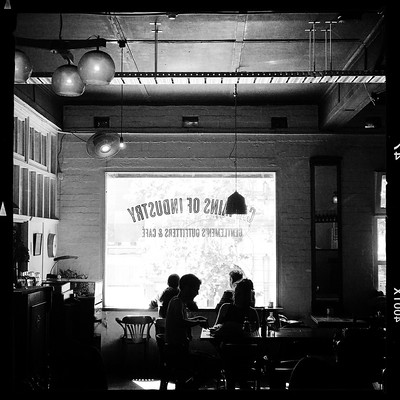 [ This is a #NowAndThen post, where I try to dig through my #photography #archives ]